The store will not work correctly in the case when cookies are disabled.

WE ARE AVAILABLE FOR ONLINE APPOINTMENTS TO DISCUSS YOUR NEW HILITE BIKE PURCHASE.
BOOK YOUR MEETING HERE

Here it´s all about the two-wheeled world - as well as our daily challenges, highlights and of course HILITE.

FTP, how to determine it 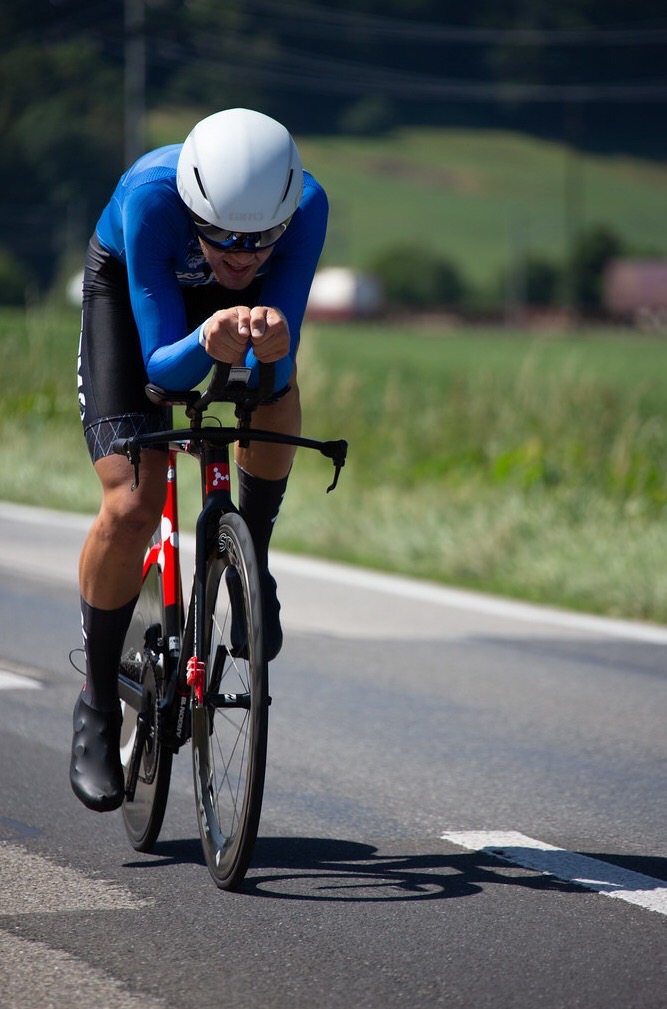 FTP stands for "Functional Threshold Power" and represents the maximum power defined in terms of watts that you can maintain for 60 minutes. There are usually two ways to perform a test to determine this famous data that is so much in evidence today in the world of two-wheelers.

The first is to carry out an effort test in the laboratory and the second is to carry it out by yourself using a power sensor. Here we will compare these two options and show the advantages and disadvantages of each one.

This is usually performed once or twice a year for top athletes because of their medical monitoring, which requires all elite cyclists to undergo various cardiac tests including the famous stress test to detect or not possible cardiac abnormalities in the individual. It can easily be prescribed by your doctor by asking for a prescription in order to carry out more in-depth cardiac tests for your sports practice. This prescription will allow you to pay a reduced fee for this test or even to take it at a very minimal or even non-existent cost depending on the complementary health care you have. You will generally find at least one laboratory test in each department and in each region for sure. It will also allow you to see if you do not have respiratory or cardiac problems as explained above. Various questions will be asked and you will be weighed but also oscillated in order to measure your general fat mass but also for each large part of the body. After this will come your moment of suffering from generally this famous "stress test" and its "ramp test". The protocols may vary but generally after a five minute warm-up between 100 and 200 watts depending on your profile you will then go through a series of watt steps. These are generally 40 extra watts every two minutes or 20 or 30 watts every minute. The goal here is to validate a maximum number of steps and push your body to the limit in order to obtain the most concrete results. You will be equipped with various sensors on your body (as in the attached photo) but also directly on your face in order to have the respiratory data.

Lactatemia tests will also be carried out at each level in order to measure its evolution with an increase in effort. At the end of this test, the last step crossed and passed will generally constitute your PMA (Maximum Aerobic Power) and the various zones of intensity can be established including your various Thresholds and thus infine your FTP. Your VO2max will also be revealed.

The advantage of this test is that generally the individual really goes to the end of himself and stops when he can no longer push the watts required by the machine. You will come out with multiple information and your various areas of intensity very specific. It may be good to perform this test at more or less the same time each year to see how you evolve from one year to the next.

The other way to perform your FTP test is to perform it yourself on your playground or at home, provided you have a power sensor.

There are still two ways to perform your test, a short and a long one. The short one is generally the most popular and is done via an all-in test where you will develop your maximum possible power over 20 minutes. The long version is similar but takes 60 minutes.

The aim here will be to carry out your test as regularly as possible but it is also this good management that will allow you to achieve the best performance. If you have had a sensor for some time you are supposed to know how many watts you can hold over this period time and therefore to start on this basis at least the first part of the test and then advise according to your feelings after 5 to 10 minutes of effort. At the end of this one, it will be necessary to multiply your score obtained on these twenty minutes by 0.95 to obtain your theoretical FTP and for the long version thus simply take the average power carried out on this test.

The test should ideally be carried out on a course without pitfalls and preferably uphill even if it is obviously not within everyone's reach to have such long climbs close to home. But be aware that a mountainous course will favor the power developed since the resistance comes naturally against you while on the flat it will be more difficult. Your cycling profile will also play a role since some will manage to produce more power on the flat than on the uphill, while it will be the opposite for another athlete.

If you have a connected HT you can get closer to the laboratory test by programming the resistance of the HT and the various stages. This approach is also very interesting but the mental approach is even more difficult between four walls or in front of a simple PC or connected software (On the attached picture the example of a 'ramp test' on a home trainer).

The positive points of these "tests at home" are that you can make several over the year although energizing and will allow you to situate yourself in relation to other years and once the power sensor in your hands they will cost you nothing if not time after the output to analyze it but full of software such as Garmin Connect, TrainingPeaks and others will make your life easier and allow you to generate interesting data. You should know that also depending on the counter that will be associated, some like Garmin will automatically determine an estimate of your FTP even if you don't perform a test. Thus if you make a big climb or a big training it is not impossible that at the end of your training your counter will announce to you the evolution of your FTP.

So we've seen the two main ways to determine whether or not to update your FTP, but what is the best method?

Each way has its advantages and disadvantages.

For the laboratory test, you will generally come out with all the measurable physiological data but also the certainty or not on the non-hazardousness of continuing your favorite physical activity. It will also allow those who do not have power sensors to know their watt data and their various levels. The negative point lies in its price which is generally a minimum of a hundred euros but which can be cheaper depending on your complementary and its availability since depending on where you live you will have more or less distance to achieve to get there but also to wait a certain amount of time depending on the date of the appointment that you have managed to get.

The field tests will simply be accessible only to people who have a wattmeter or you will be able to lend you a power sensor by someone but it is generally a tool that is not lent and you will have to pay a certain amount to have one. However, these sensors are becoming more and more popular and some models are becoming more and more accessible and it is the undeniable tool today to live its training at 100%. The other negative point is that depending on the sensor you have, the watts will vary from those that you could have taken out in the laboratory since not all sensors have the same precision and it will be complicated for some people to find a road or pass of 20 minutes without intersections or risk of possible traffic.

The advantage of this type of test is that they can be carried out when you want and at any time of the year to check by reliable values your feelings on the road but also to know if you have progressed or not.

To conclude, each of the tests is very interesting and you should know that no matter how you define your FTP, in the end, it will only be a figure that will certainly allow you to situate yourself but will not replace the real confrontation and that no matter what the result will be, this figure will not mean everything and this is where the beauty of cycling lies. It is therefore quite normal that you find yourself in front of a rider on a race or a cyclosportive who has a better FTP in gross watts or watts per kilo than you. The approach of the race, its management, way of rubbing, and all its other hazards will redistribute the cards. This indicator is to be taken as a way to boost yourself during training to become better than before or simply try to get back to last year's form.